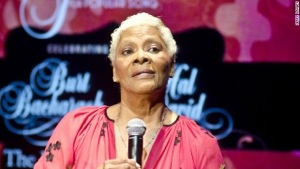 Los Angeles (CNN) — Dionne Warwick, one of the most recognizable pop voices of the 1960s, filed for bankruptcy last week, citing more than $10 million in tax debt dating back to 1991.
“Due to several consecutive years (the late ’80s through the mid-’90s) of negligent and gross financial mismanagement, Dionne Warwick has realized the current necessity to file personal bankruptcy,” Warwick publicist Kevin Sasaki said in a statement to CNN Tuesday.
Warwick, 72, made hits out of many Burt Bacharach and Hal David songs, and won five Grammys in a 50-year career. The singer is down her last $1,000 in cash and only owns furniture and clothing worth $1,500, according to the Chapter 7 filing in New Jersey.
The bankruptcy documents filed in New Jersey on Thursday outline a sad financial situation for Warwick, a cousin of the late Whitney Houston.
Along with $7 million in federal IRS debt, Warwick said she owes more than $3 million to the state of California in franchise taxes. Another $500,000 is owed to a lawyer and a business manager, the filing said.