ACTOR AND COMEDIAN CHRIS TUCKER TO HOST THE BET AWARDS 2013 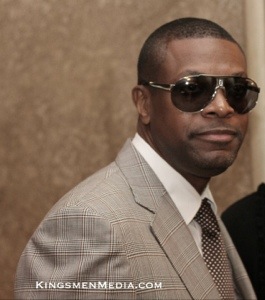 Following a legacy of great hosts, BET Networks has announced that actor and comedian Chris Tucker will host the BET Awards 2013 on Sunday, June 30, 2013 at Nokia Theatre L.A. Live in Los Angeles, CA. Tucker, who commanded Hollywood’s attention as the highest paid actor during his blockbuster Rush Hour film series, once again is taking Hollywood by storm with his recent role in the Oscar-nominated film, Silver Linings Playbook.

“We cannot wait for Chris to set fire to the BET Awards stage with his unique brand of mayhem. Chris Tucker is crazy…with class. We’ve been chasing him for years and we couldn’t be happier that he is hosting the show in this special year: the year we embark on the three–day long BET Experience,” says Stephen Hill, President of Music Programming and Specials.

“I am honored to be asked to host this year’s BET Awards. I’m looking forward to being part of a really great show,” says Chris Tucker.