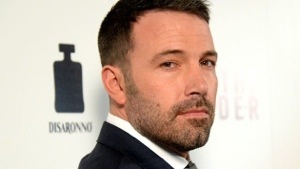 He’s a Hollywood actor, producer and director, but Ben Affleck will be living beneath his means in a big way.
The Oscar winner, 40, is joining Josh Groban, Debi Mazar, Sophia Bush and “The Avengers” star Tom Hiddleston and getting involved with the Live Below the Line campaign, which encourages people to live on $1.50 per day for five days, from April 29 to May 3.
“1.4 billion people live on less than $1.50/day,” Affleck tweeted. “I’m joining Live #BelowTheLine on behalf of @easterncongo. Will you?”
In 2010, Affleck founded the Eastern Congo Initiative, a U.S.-based advocacy and grant-making initiative that provides economic and social development opportunities for the people of Eastern Congo.
And while Affleck has a specific reason for participating in the Live Below the Line challenge – to call attention to Eastern Congo – the organization encourages anyone who’s interested to try it.
“We recommend that you spend your entire budget of $7.50 at the start of the week,” reads the Live Below the Line website. “We recommend doing research and creating a shopping list, sticking to generic stables such as pasta, lentils, rice, bread, vegetables, potatoes and oats.”

Live Below The Line Info