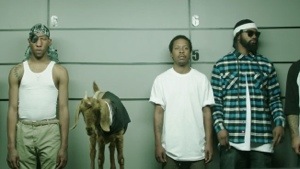 Soft drink giant PepsiCo says it is pulling a highly controversial commercial for Mountain Dew — depicting five African-American men and a goat in a police line-up — that has managed to offend African-Americans, women and bloggers coast-to-coast.

African-American rapper Tyler, the Creator, developed the 60-second spot in which a battered white woman on crutches is urged by an officer to identify a suspect out of a lineup of black men. A talking goat named Felicia is included in the lineup. The goat makes threatening remarks to the woman, including, “Keep ya mouth shut.”