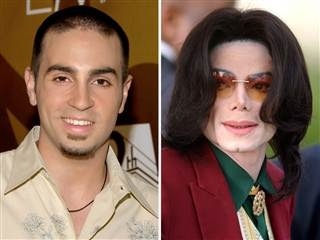 Choreographer Wade Robson has filed a claim against Michael Jackson’s estate, alleging that he was abused by the late musician, according to E! Online, which says it has received documentation of the petition against the estate along with other supporting paperwork. The court filing is sealed, but the documentation was filed on May 1.

Robson is asking the probate court to allow him to file a late creditor’s claim against the Jackson estate, as the deadline has passed for creditors to file such claims.

“It’s absurd,” said Tom Mesereau, Jackson’s lawyer at the 2005 trial, told CNN. “He was one of the strongest witnesses for the defense…. He was adamant under oath that he had never been molested at any time.”

Robson testified in 2005 that he shared a bed with the pop star as a 7-year-old boy, but was never abused sexually. A former maid of Jackson’s, Blanca Francia, testified that she caught Jackson showering naked with Robson, but she was unable to confirm whether they had been touching one another because of the steam in the bathroom.

The 2005 trial of Michael Jackson was originally focused on allegations that the singer had molested a 13-year-old cancer survivor, giving the boy alcohol and conspiring to abduct and extort the boy and his family. He was acquitted.

Mesereau noted that the timing of the suit was “suspicious,” coming as the start of a wrongful death civil suit between Jackson’s mother and children against AEG Live. AEG’s lawyers have said they will bring up the molestation charges in their defense.