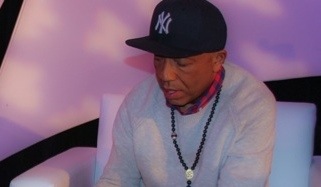 Russell Simmons is reuniting with HBO: the hip-hop mogul has signed a two-year development deal with the cable channel that was home to Simmons’ Def Comedy Jam, according to The Hollywood Reporter. Simmons will create and develop projects for HBO.

Produced by Simmons, Def Comedy Jam ran on HBO from 1992-97 and 2006-08. The show helped give early exposure to comedians including Dave Chappelle, Bernie Mac, Cedric the Entertainer and Chris Tucker. Simmons has also produced stand-up comedy series for Comedy Central and was an executive producer on the MTV shows Daddy’s Girls and Run’s House.

Simmons helped build Def Jam Recordings into a musical powerhouse with co-founder Rick Rubin, and the label released influential music from the Beastie Boys, LL Cool J, Public Enemy and Slayer. Simmons is also an author: he published his most recent book, Super Rich: A Guide to Having It All, in 2011.