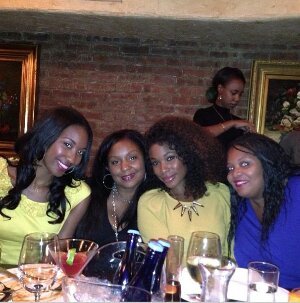 “It was a no-brainer to honor Shante,” said Pynk Magazine publisher Mecca Moore. “She embodies everything that Pynk magazine represents: a strong and powerful woman at the top of her game.”

“I’m completely overwhelmed by the level of support that I received from my peers, friends and colleagues at the Pynk Power Dinner,” said Shante Bacon. “I just want to bottle this feeling up and release it when I’m having a tough day.”