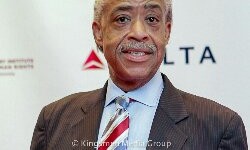 “They cheated you, you gave them a second chance, and you’re not being cheated on again,” Sharpton said, referring to a legal settlement on profiling almost a decade ago. “I expressed to the chairman that he felt betrayed.”

Sharpton has set a Wednesday deadline to deal with the profiling matter, to which the stores have agreed even though they say the NYPD was responsible for detaining the customers at the center of the claims.

“They have to come back with a plan on how they would guarantee this can be stopped,” he said.

The meeting with Macy’s follows an incident in which a leading actor on the HBO series “Treme” was detained nearly an hour by police after buying his mother an expensive watch.

Actor Robert Brown said he was stopped inside Macy’s flagship store in Herald Square last June after he bought a $1,350 Movado wristwatch.

Brown thinks he was stopped because he is black. He has filed a lawsuit.