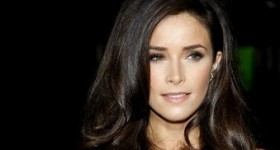 A night of immaculate elegance, the Georgia Entertainment Gala showcases the immense talent that Georgia has to offer. Emerge yourself in a themed Roaring 1920’s Black Tie event featuring an awards ceremony honoring the excellence of Georgia’s film industry professionals, live entertainment, the world’s most tantalizing cocktails and Hors D’oeuvres, and more. While this night is designed to peak all of your senses, it also is developed to advance an excellent cause. A portion of the proceeds will benefit the Art program of Bethune Elementary and Corporate Code.

Abigail Spencer has made an indelible impression on both big and small screen audiences, most recently she wrapped the Warner Bros. feature This Is Where I Leave You opposite Jason Bateman and Tina Fey.  She was last seen in Sam Rami’s Oz The Great and Powerful for Disney opposite James Franco as well as Curtis Hanson’s Chasing Mavericks for Fox 2000 opposite Gerard Butler.  Prior to that, Abigail was seen in the breakout webseries, Burning Love, and starred in The Haunting in Georgia for Lionsgate.  Last year, Abigail was seen in Fox’s This Means War with Tom Hardy and Reese Witherspoon, as well as Jon Favreau’s action sci-fi thriller, Cowbodys and Aliens, opposite Harrison Ford and Daniel Craig.  Best known for her turn opposite Jon Hamm on AMC’s Mad Men as the school teacher who becomes Don Draper’s love interest, Abigail can currently be seen in Rectify, a new Sundance series in which she stars and will next be seen in the second season, airing next year. Her performance in the freshman series earned her a Critics Choice nomination for Best Supporting Actress in a Drama Series this year.