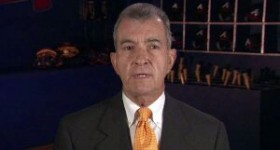 Turner Field is what remains of the Olympic Stadium built for the 1996 Atlanta games. It was converted into a baseball stadium, opened for the 1997 season, and is somehow already the 17th-youngest ballpark in MLB.

Turner Field is a facility that was built for three weeks of use for the Olympics, but has now served us well for nearly 20 years. The issue isn’t the Turner Field we play in today, but instead whether or not the venue can remain viable for another 20 to 30 years.

Turner Field has served the Braves well since 1997, but it is in need of major infrastructure work, which will cost around $150 million. These upgrades are functional ones, such as replacing worn-out seats or upgrading the stadium’s lighting, and they would do little to significantly enhance the fan experience. If the Braves were to pay for additional projects focused on improving the fan experience, the additional costs could exceed $200 million.

BodyArmor, the sports drink company that hit the ground running after a $6 million investment by (more…)