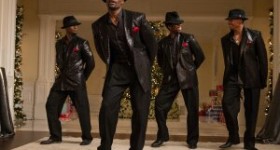 WINNER OF THE WEEK: The Best Man Holiday. Sure, it opened in second place and failed to dethrone Thor: The Dark World, but no one expected it to top the chart. Still, the romantic dramedy sequel far outperformed expectations. After all, it’s the sequel to a movie that came out 14 years ago and did only $34 million in total business back then (about $54 million at today’s prices). But this weekend, Holiday opened with an estimated $30.6 million, or nearly as much in three days as The Best Man earned during its whole run. It’s also about 8 to 12 million more than pundits had predicted.