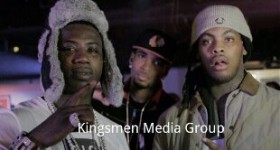 According to court documents, Gucci says he hired Deb Antney to be his manger back in 2006. Since then, Gucci alleges Antney and Waka have continued to steal money from him.

The currently incarcerated rapper also says Antney and Waka Flocka released music by Gucci Mane and collected royalties without Gucci ever giving them authorization for them to do so. Gucci Mane claims Deb Antney, the owner and CEO of her own Mizay Entertainment, made herself CFO of Gucci Mane’s company without his knowledge and took more than her contracted 20% manager’s fee.

Gucci is also asking the court to freeze all of Waka and Deb’s assets. On top of all of that, Gucci also is demanding Deb Antney return a ring and chain she allegedly stole from him.