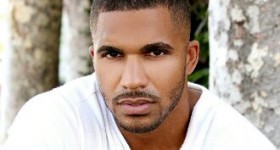 A night of immaculate elegance, the Georgia Entertainment Gala showcases the immense talent that Georgia has to offer. Emerge yourself in a themed Roaring 1920’s Black Tie event featuring an awards ceremony honoring the excellence of Georgia’s film industry professionals, live entertainment, the world’s most tantalizing cocktails and Hors D’oeuvres, and more. While this night is designed to peak all of your senses, it also is developed to advance an excellent cause. A portion of the proceeds will benefit the Art program of Bethune Elementary and Corporate Code.

Tyler Lepley grew up as an only child in Philadelphia. From a young age he began athletics where he was a three sport star at Central Bucks West High School, competing in basketball, track and football .Tyler also played collegiate football at Kutztown University, where he was a starting running back for 2 years. He graduated from Kutztown with a Bachelor of Science degree in Criminal Justice. Upon graduation, he moved out to Los Angeles, unsure of what lied ahead but wanting a change and a quest for more. He began a career in personal training, where one day he was approached by a producer who loved his look and personality, and thought he could be right for a role in an upcoming film. Tyler auditioned for the part and booked his first role in an independent feature. After that, his passion for acting began to flourish. He knew he had found his calling and began to cultivate and hone his craft. He began taking numerous acting classes, acquired an agent and manager, and the opportunities came with abundance. With talent, the right tools, advice, and team, his journey had begun. He is currently shooting season 2 of the breakout hit series on OWN called The Haves and the Have Nots, created and produced by Tyler Perry. He can also been seen in the recently released FOX Searchlight film Baggage Claim with Taye Diggs, Paula Patton, Tia Mowry, and Derek Luke.