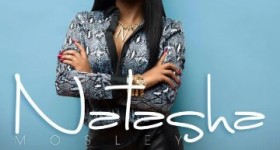 Natasha Mosley (Born October 3, 1990) is an American recording artist born and raised in Atlanta, GA. Natasha began her singing career in the church at the early age of 3. Natasha was featured on Jeremih’s 2013 hit single “All the Time” featuring Lil Wayne and she performed her single “Tattoo” on BET’s 106 & Park. Natasha was also named a BET “Young Star”.
Follow @natashamosley on twitter!

“Keepin It Movin” Is The First Single From WORK IN PROGRESS, 11 Unreleased Tracks and Alternative Cuts from Mineo’s Lost...

Keya Mack, known as "ButterFlyy", is ready to add a new feel to the contemporary Gospel list. Fans say she...

TATYANA ALI Returns To Music & Releases Short Film Fifteen years after her debut album, Tatyana Ali is back on...