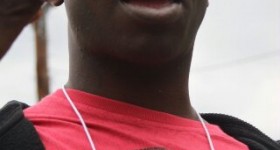 The ATL rapper (born Radric Davis) was arraigned before a federal judge on two counts of gun possession by a convicted felon. Gucci, 33, stands accused of displaying two different loaded handguns and acting erratically during two incidents in September, both within days of one another.

If convicted on each count, Gucci faces up to 20 years in federal prison and fines of up to $500,000. He will be jailed until his trial, but it’s unclear whether DeKalb County Jail officials will relinquish custody to federal officials. Gucci’s been in the DeKalb County Jail since his September 14 arrest.

His next federal court hearing is scheduled for early January.