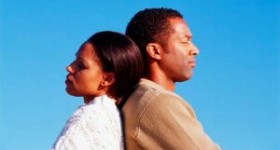 I was talking to one of my homeboys and he was telling me that his girlfriend of 3 years dropped a bomb on him. What he considered a relationship is just casual sex in her mind. After trying to get him to commit to marriage she just decided to use him for sex and put her feelings on hold. I’m posting about this because it opened my eyes up to what’s a real relationship? How long can you date a person before you give up on going to the next level? And how many people are having casual sex and think that they are in a real relationship?

Now my friend is trying to get it together and marry her and she acts like she don’t want that anymore(well not with him) and he thinks the term Casual Sex opens the door for her to have more partners.

What do you think?