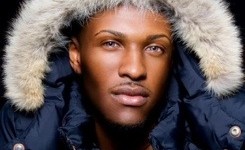 Last night I had a talk with a well known A&R/Reality Tv star and he told me that Record labels might give priority to gays over straights in 2014. After the huge success and acceptance of Macklemore and the gay marriage ceremony at the Grammys, the labels are ready to tap into the gay market. He told me that some labels are demanding the people to find and sign some Gay rappers. It looks like rappers like Gucci Mane will have some tough competition in the market. My friend also told me that they are contacting we’ll know hiphop artist to see which ones are open to work with the gay rappers. With the U.S. Being evenly split down the middle on Gay marriage that leaves a huge market open for gay rappers. Even the president supports/promotes Gay marriage.