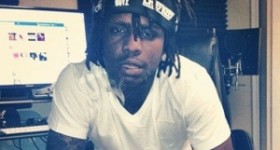 In court docs, Kim Productions claims it paid Keef a $15K deposit … to perform at the RapCure cancer benefit last June. The balance — $10K — was supposed to be paid at the event.

Kim Prods. claims the day before the event, Keef demanded a $2,500 advance to cover travel expenses. Kim says the money was wired … and Keef’s agent claimed Keef was on his way.

According to the lawsuit … Keef was a no show … so the concert was cancelled and ticket holders got their money back … which meant the charity ended up in the red.

The company is suing for $26K — the money it paid to Keef plus the amount spent on the theater, lights, equipment, advertising and the refunded tickets.

It also includes an $88 charge for an order of chicken wings … called in by someone on Keef’s tour bus.