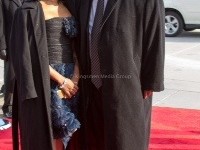 Here we go! Bernice King is saying her brothers want to sell dad’s Nobel Peace Prize and His personal bible. But we don’t have the full story yet. Here is my take (if it’s true) I’m pretty sure with the 50 th anniversary of MLK receiving that prize, some museum wants it put it on display. And I’m pretty sure whoever wants it will pay millions to get it. But I don’t understand why they can’t charge them a fee to lease it and put It on display vs. selling it. Plus Bernice said that it’s put up somewhere in a safe. That stuff needs to be on display. I only hope it’s not money motivated.