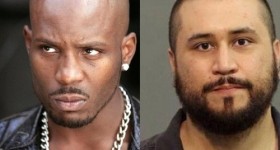 1. Zimmerman is not a celebrity he Is a murderer

2. What charity would want a child murderer representing or making money for them?

3. Zimmerman is trying to build himself up to be a celebrity off of him murdering and unarmed child

4. After beating the system he needs to sit his butt down somewhere instead of always in the media.

5. Why would he use a boxing match which is violent to raise money instead of something that’s nonviolent .

6. If people watch this match, when Zimmerman lose he will still win!

One thought on “The Top Reasons Why This Celebrity Boxing Match is a Bad Decision! Zimmerman Vs. DMX”