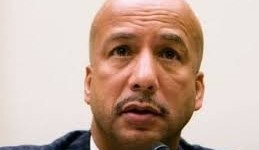 According to the AP, New Orleans’ former mayor, Ray Nagin, was found guilty of 20 federal corruption charges Wednesday in a New Orleans courtroom. Considered among the charges were accepting bribes, free trips and other gratuities from contractors during Hurricane Katrina relief and rebuilding efforts. The incentives were in exchange for securing city contracts valued in millions of dollars.

Nagin actually faced 21 counts but was convicted of 20 of them by a federal jury. Specifically, the charges included one overarching conspiracy count, six counts of bribery, nine counts of wire fraud, one count of money laundering conspiracy and four counts of filing false tax returns. The jury acquitted Nagin of one of the bribery charges, however.

His wife had to be consoled during the reading of the verdict. The former mayor had little reaction.

In an interview with reporters outside the courtroom, Nagin said, “I’ve been at peace with this for a long time. I’m good.” This statement was made before the verdict was handed down, however.

Ray Nagin served as Mayor of New Orleans for eight years. He left office in 2010, and received news of the indictment against him at the beginning of 2013. The indictment levied against the now 57 year old former mayor charged him with receiving hundreds of thousands of dollars from businessman, Frank Fradella. Charges also make mention that Nagin received truckloads of free granite for his family business. In addition, there was allegedly a large bribe taken from businessman Rodney Williams to secure city contracts as well. Both men gave testimony that they did, in fact, bribe Ray Nagin. They now await trial in separate cases where they stand accused of bribery.

Nagin’s former chief technology officer, Greg Meffert, also testified against him, claiming that he helped businessman Mark St Pierre bribe Nagin with expensive trips. St. Pierre was convicted of the crime in 2011. Nagin, however, denies knowing that the businessman funded the trips.

In his own defense, Nagin testified that witnesses had lied and that evidence collected was misinterpreted. His attorneys argued that the prosecutors had overstated the mayor’s authority in approving city contracts and that there was no proof of a bribe.

Now that a conviction has been handed down, Nagin will await sentencing. Each charge that he faces could result in 3 to 20 years of time served in prison. No sentencing date has been set yet.