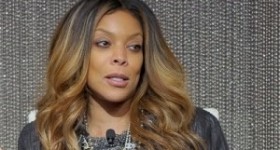 Williams, who hosts her own show, “The Wendy Williams Show” and is a best-selling author of romance fiction, told the makers of CentricTV’s documentary series, “Being,” that her rise from college radio to a powerhouse in the media was full of struggles and hardships, according to a story on hiphopwired.com.

She climbed the media ladder by working a job in Washington at the same time she worked in New York, which required a marathon schedule racing between the two cities.

“That’s when I picked up the cocaine. First of all, I was burning the candle at both ends and in the middle,” Williams said. “Second of all, I had the money and access and the time to do it.”

Working alone through the late night broadcast hours allowed Williams to do drugs while on the job, she said.

“I could literally lay lines right there. I stooped to smoking crack, and it’s not secret, but I could literally smoke my crack right there in the studio,” said Williams. “I loved doing coke. I absolutely loved it. And there was never a time where I said ‘I can’t do this anymore.’ Because I was able to pay my bills, I was able to live a very nice life, but I got fired.”

Williams said he eventually overcame her drug use on her own. She did not use traditional channels such as rehab or intervention, she said.