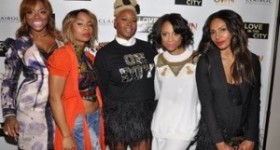 Following dinner and networking, guests previewed the premiere episode of “Love In the City,” followed by an insightful Q&A hosted by Claire Sulmers, founder and editor of Fashion Bomb Daily.