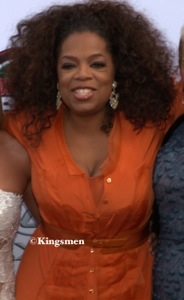 Oprah Winfrey is considering joining a partnership with David Geffen and Larry Ellison to bid on a purchase of the Los Angeles Clippers.

The NBA is attempting to force a sale of the Clippers by Donald Sterling following the release of his racist remarks.

Magic Johnson and Guggenheim Partners is also believed to be lining up a bid on the Clippers.