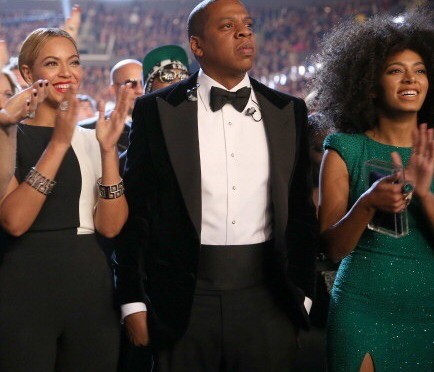 Jay Z was viciously assaulted by Beyonce’s sister Solange and it was all caught on surveillance video!
We’re not sure why Solange was so pissed off, but TMZ obtained the video that show’s Bey’s sister wildly kicking and swinging at Jay Z inside an elevator at an after party for the Met Gala at the Standard Hotel in New York City. In the silent, black and white video, Jay Z, Beyonce and Solange step into an elevator and Solange goes into full on attack mode on her brother-in-law. At one point Solange throws a kick and Jay Z grabs her foot, he never attempts to fight back or hit her. Beyonce stands by and watches the entire altercation as a bodyguard tries to intervene.