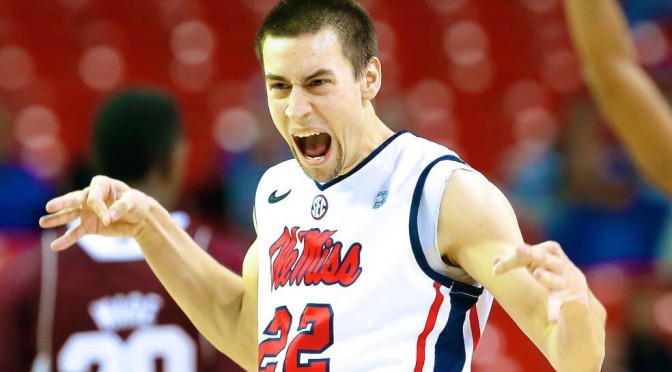 The unfiltered personality of outgoing Ole Miss guard Marshall Henderson is part of what made him such a polarizing player on the hardwood. Henderson’s impulsive behavior resulted in a strange Twitter rant after the St. Louis Rams selected Missouri’s Michael Sam in the seventh round of the 2014 NFL draft Saturday, making him the first openly gay player drafted into the league.

At first Henderson’s series of tweets displayed bigotry and ignorance, but then he claimed it was for a friend’s psychology project.

Henderson claimed Monday he would be boycotting ESPN since the network broadcast from Sam’s home as the Rams drafted the reigning SEC Defensive Player of the Year (warning: tweets contain NSFW language):

One thought on “Sports: Marshall Henderson Says He Made Anti-Michael Sam Remarks for Friend’s Project”