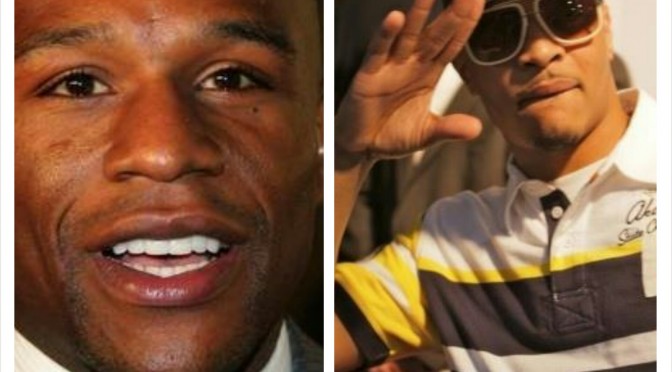 Photo of T.I. and Floyd by Kingsmen

T.I. took a swing at Floyd Mayweather Jr. and it caused

a chair-tossing brawl in the Fatburger on the Vegas Strip early Sunday morning … TMZ has learned.

According to several witnesses … Floyd was eating inside the restaurant when T.I. walked up and started jawing at Floyd.

It’s unclear what caused the beef, but we’re told T.I. swung at Floyd … their giant bodyguards jumped in to separate them … and then the all out melee began.

21 thoughts on “T.I. and Floyd Mayweather Brawl in Vegas”