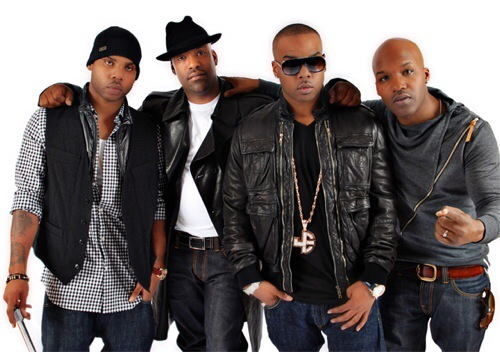 So So Def Recordings and Hard Case Records has announced a new deal with BMG Primary Wave Artists Services to release the multi-platinum-selling group Jagged Edge’s eighth studio album, J.E. Heartbreak Too, this fall 2014. The album’s lead single, “Hope,” will premiere on VIBE.com on Friday, May 30 – just in time for June’s Black Music Month.

Written and produced by the group’s twin brothers Brian and Brandon Casey along with Grammy-winning songwriter/producer Bryan Michael Cox, “Hope” is a classic R&B throwback to the signature sound on the initial J.E. Heartbreak, which sold over 2 million records in 2000 and spawned the hits “Let’s Get Married” and “Promise.”

“Making a sequel to a classic album is difficult,” says So So Def CEO Jermaine Dupri, who serves as executive producer on the upcoming LP. “We don’t want to stray from the blueprint of the first album. It’s definitely a challenge, but the fans won’t be disappointed.”

Jagged Edge has reunited with Dupri and their original management team – Mauldin Brand Agency – for J.E. Heartbreak Too, which is a joint venture with their own Hard Case Records and So So Def, and is being released by BMG Primary Wave Artists Services.

With over 8 million records sold across 7 studio albums (5 of them gold or multi-platinum), Jagged Edge is one of the most successful R&B groups in music. For nearly two decades, J.E. has issued numerous Top 10 singles under So So Def, including “Let’s Get Married,” “He Can’t Love You,” “Promise,” “Where the Party At” and “Walked Outta Heaven.” The group has won three Billboard Awards, two Soul Train Awards, a Lifetime Achievement Award from the World Music & Dance Awards and has earned various Grammy, BET, and American Music Award nominations.

Performing since 1996, Jagged Edge has remained together as a unit and is one of the longest-lasting platinum-selling music groups with original members Brian and Brandon Casey, Kyle Norman and Richard Wingo.

“We are so excited about our realignment with Jermaine Dupri, So So Def and the Mauldin Brand Agency,” said Brandon Casey. “Jermaine has given us the opportunity to launch our own HARD CASE Records with this venture. We are dedicating our first official single ‘Hope’ to single mothers all across the world.”

13 thoughts on “JAGGED EDGE TO RELEASE SEQUEL TO MULTI-PLATINUM ‘J.E. HEARTBREAK’ THIS FALL”