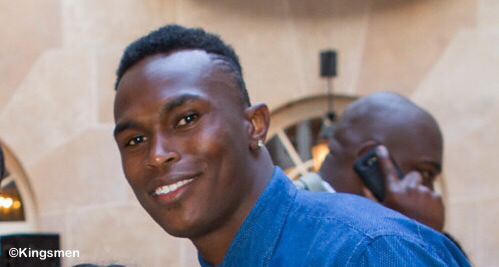 FLOWERY BRANCH, Ga. — In a tragic coincidence, a second Atlanta Falcons wide receiver’s brother was shot within a two-week timespan.
According to CBS 42 of Birmingham, Ala., Julio Jones’ brother Phillip, 31, was shot in the arm on Tuesday in the beach community of Gulf Shores, near the Mobile area where Jones is from. Citing sources, the station reported that Phillip Jones’ arm had to be amputated.
Julio Jones, 25, was not on the field during Falcons’ offseason team activities on Wednesday. He continues to nurse a foot injury that ended his season last October. Head coach Mike Smith had said previously that Jones would not participate in OTAs because of the injury. However, other injured players, such as linebacker Sean Weatherspoon, defensive tackle Corey Peters and safety Zeke Motta, were present on the practice field.
CBS 42 reported that an arrest had been made in the Phillip Jones shooting. George Bennett Sutton, 53, was arrested and charged with a first-degree Class B felony.
This news follows the shooting death of the half-brother of Roddy White in the Charleston, S.C., area on May 17. Tyrone Moore Jr. was shot to death outside of a night club. Darnell Claven Lafayette of James Island, S.C., has been charged with murder in the shooting.

Photo of Roddy White and Mom by Kingsmen