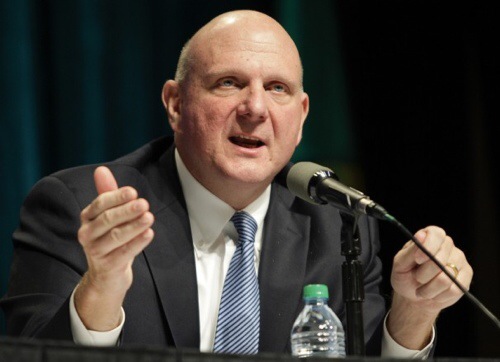 Former Microsoft CEO Steve Ballmer has reportedly won the bidding to buy the Los Angeles Clippers, submitting an NBA-record-setting offer of $2 billion to purchase the team from owners Donald and Shelly Sterling, according to James Rainey of the Los Angeles Times:

Ballmer, who was chief executive of Microsoft for 14 years, was chosen over competitors that included Los Angeles-based investors Tony Ressler and Steve Karsh and a group that included David Geffen and executives from the Guggenheim Group, the Chicago-based owner of the Los Angeles Dodgers.
A person with knowledge of the negotiations said the Geffen group bid $1.6 billion and Ressler [bid] $1.2 billion.
The sale price is almost four times the highest previous NBA franchise sale price — the $550 million paid earlier this month for the Milwaukee Bucks. It is second only to the Dodgers 2012 sale for $2.1 billion as the highest price for any sports team in North America.
Forbes reported Thursday morning that the 58-year-old Ballmer, whose net worth has been reported at $20 billion, “has offered $1.8 billion” for the Clippers, citing “a person familiar with Ballmer’s interest in the team.” (We’ll have to see, then, if this just a garden-variety $200 million rounding error.)