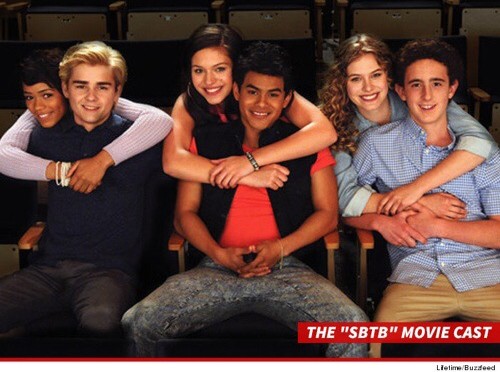 “The Unauthorized Saved by the Bell Story,” to premiere Sept. 1, will look at the inside story of the beloved series, which aired on NBC on Saturday mornings from 1989 to 1993.

The perpetually scheming Zack frequently clashed with Mr. Belding (Dennis Haskins), Bayside’s clueless principal. A short-lived version of the series began on the Disney Channel with the title “Good Morning, Miss Bliss” and starring Hayley Mills before it was retooled for NBC.

The Lifetime movie will delve “into the experiences of six unknown young actors placed into the Hollywood spotlight, exposing the challenges of growing up under public scrutiny while trying to maintain the squeaky clean image of their popular characters both on and off-screen,” according to the network.

8 thoughts on “Saved By The Bell”