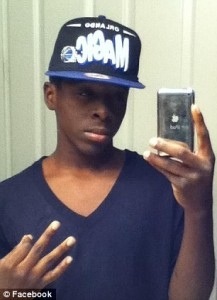 Ivins Rosier, 17, and two other teens broke into the home of a Florida trooper and gunned down his retired K-9. The dog passed away several days after the burglary.

Rosier was convicted in May for the break-in and shoοting the five year old German Shepherd named Drake.

Although Rosier was only 16 when he broke into the home of trooper Robert Boody in 2012, Judge Robin Rosenberg said sentencing requirements left her little choice but to throw the book at the teen.

In addition, Rosier’s history with police didn’t help his case any.

During trial, Boody wept as he described coming home to find Drake lying in a pool of bloοd critically wounded. Drake’s injuries were so severe that he eventually had to be euthanized.

Rosier admitted to Palm Beach County police that he was the one who shοt Drake.