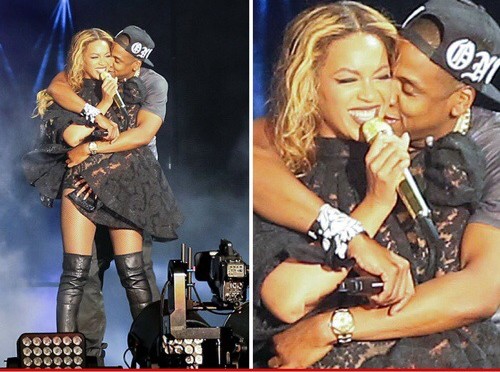 With 2 Months Left on a joint Tour that will gross the couple a reported $84,000,000 rumors are spreading that Jay and Beyonce are headed for Divorce. One thing I learned about Jay Z
and I’ve heard him say it plenty of times is that he will let people think what they want and sometimes he will play into it just to draw a bigger buzz. More promo means more $$$$$ and FREE promo means more $$$$$. If people think that this is their last time seeing Jay and Beyonce together they will sell more tickets and have to expand the tour which will push them over the $100 million mark. What if the elevator scene was staged to draw more attention to the couples relationship in hopes of selling tickets??? It’s possible! With these celebs that are worth more together than separated we will not know until it’s announced. What do you think? Crazy in love???!

Next post FunkFest 2014 w/ OutKast, Morris Day and the Time, Ice Cube, Fantasia, The Roots, Salt and Pepa and MORE..TBA