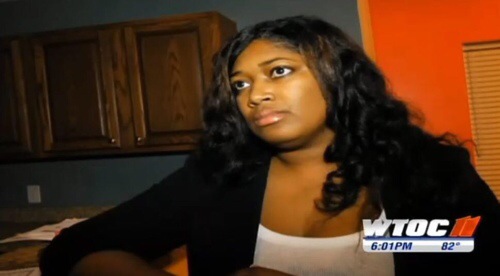 The teenage girls found the teacher’s stash of naked selfies

before taking pictures of them to send to friends and post online, WTOC-TV reported.
But Jones didn’t know what happened until a month later
, when one of the girls confessed to the prank.
“I feel like I was the victim,” Jones told the news station.
“Like I had been violated…You don’t get rid of an educator because of what some children did to the educator,” said Jones.

According to WTOC, the teenagers posted the naked selfies to a page called “Thots for Myers.” The site was taken down after it was reported, but WTOC found a similar site called “Myers Thots.” It is not immediately clear if the newer site is related to the original site.
The students gained access to her phone after Jones shared her password with the class for students to call home — a move the Savannah-Chatham school board deemed irresponsible.