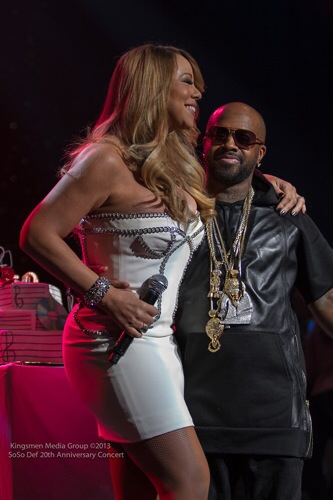 According to Billboard, the Me. I Am Mariah…The Elusive Chanteuse singer has parted ways with her longtime manager/collaborator/producer.

“I’m a very hands-on person when it comes to my work,”
Dupri told Billboard in a statement. “I put my all into every project. But when I’m not allowed to do what I do, then I know it’s time for me to move on. Mariah and I enjoy working together and will continue to make great music together in the future.”

The split comes on the heels of the disappointing sales of Elusive Chanteuse, which has only moved 103,000 units since its release in May.

In addition to his role as executive producer of her latest album, the So So Def mogul produced two of Carey’s biggest hits to date: “We Belong Together” and “Always Be My Baby.”

Salt-N-Pepa on Lifetime at 8PM

Salt-N-Pepa on Lifetime at 8PM