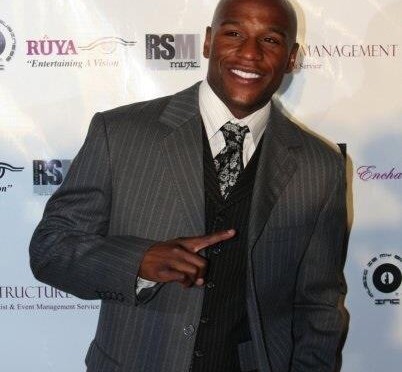 Today, the model and ex-fiancee to Floyd Mayweather revealed in a press conference, that she has retained the legal services of pitbull-in-a-skirt Gloria Allred and is suing Floyd for assault, battery, defamation, false imprisonment and a whole lot more.

In the suit, Miss Jackson claims Floyd first put hands on her — twisting her arm and choking her — in 2012, shortly after he was released from a three-month jail sentence for brutally beating the mother of his three children, Josie Harris. She also claims that during an argument in 2013, Floyd pulled out a gun on her, pointed it at her foot and asked, “which toe you want me to shoot?” The suit says it wasn’t the last time he threatened to shoot her either. He also allegedly held her at gunpoint when he demanded her to remove her 17-carat engagement ring after they broke up. Shantel says he hit her again earlier this year at his Ritz-Carlton condo.