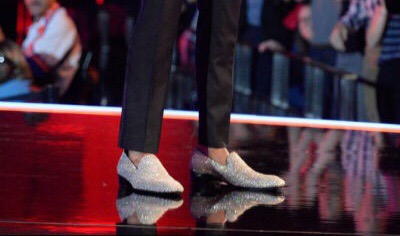 According to reports, actor-mogul Nick Cannon has the Web in an uproar over a very expensive fashion choice. He sported $2 million, diamond-encrusted shoes designed by Tom Ford for the finale of “America’s Got Talent.”

The loafer has 14,000 diamonds and was created by California jeweler Jason Arasheben, founder and owner of Jason of Beverly Hills.

Some critics thought the fashion statement to be too extravagant: