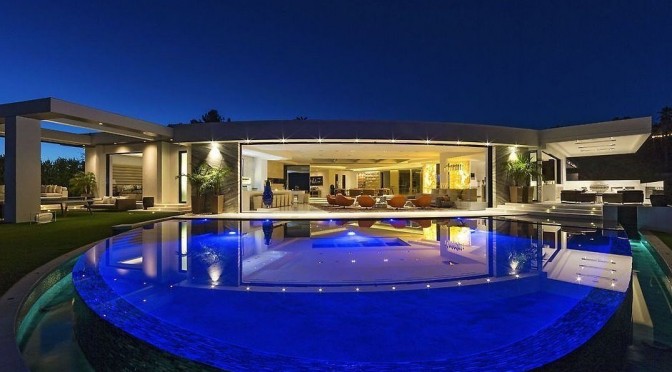 Back in September, Minecraft creator Markus “Notch” Persson became ludicrously wealthy after Microsoft bought the game for $2.5 billion. And as of this week, he’s now the owner of a $70 million
megamansion in Beverly Hills, California. According to Curbed, it was all but expected that Beyoncé and Jay Z would win the bid, but alas, Beyoncé and Jay Z didn’t make Minecraft.

That $70 million includes everything currently in the house from furniture to artwork to an 18-foot onyx dining room — “cases of Dom Perignon were part of the deal.” It’s apparently the highest price ever paid for a house in Beverly Hills, which isn’t exactly known for frugal living. It’s also less than three percent of Minecraft’s price tag.