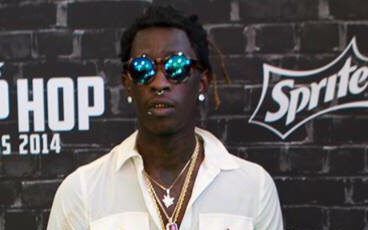 Young Thug got backlash after several people, including Glasses Malone, claimed that he was disrespecting the Crips in Dej Loaf’s “Blood” video. The Atlanta rapper threw up a “C” hand sign with one hand and a middle finger with the other hand, leading some to believe that he was dissing the gang.

However, Thug released a video on his Instagram page, explaining that he has no ill feelings towards the Crips, and added that he’s friends with other members and Nipsey Hussle.
Check the video: