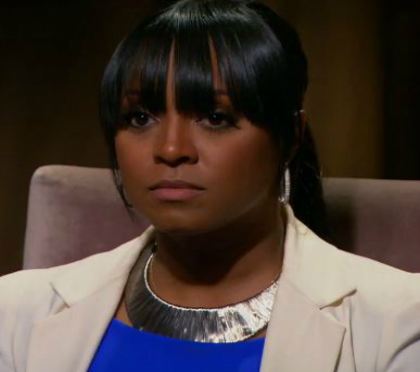 In the premiere episode of Celebrity Apprentice, Keisha Knight Pulliam was appointed as the female team’s project manager and fired for not calling Bill Cosby to help reach her goal.
Pulliam needed to raise money for her team for the Project Pie Face competition but choose not to reach out to Cosby for a donation. She contacted Russell Simmons, Ludacris and Tyler Perry (to name a few) to donate funds because she felt they could “deliver the quickest.” Unfortunately, her team didn’t make their financial goal and her teammates blamed the actress who once played Cosby’s adorable daughter Rudy on The Cosby Show for not contacting her famed television father. At the end of the competition, the team was evaluated in the boardroom meeting with Donald Trump, his fashion designer/businesswoman daughter Ivanka Trump and Piers Morgan. The spotlight was on Pulliam with the repeated question: “Why didn’t you call Bill?” The Vulture reports: –