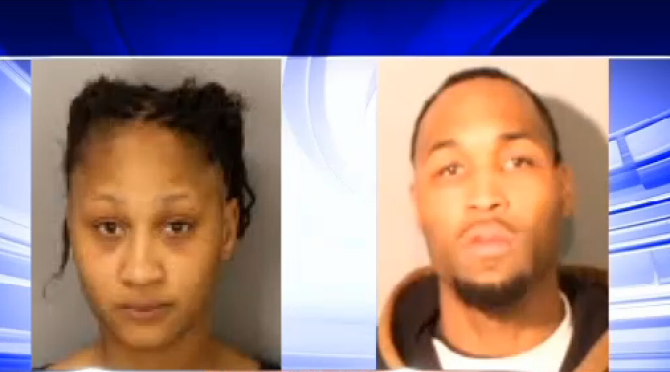 A three-year-old child is currently in the hospital after his mother’s boyfriend beat him viciously for eating the last piece of cheesecake, WFSB reports.
Police in Memphis, TN retold the bizarre story during a court appearance for Katrina Johnson and her boyfriend Anthony Gulledge, both of whom have been charged with aggravated child abuse. Gulledge came home and noticed the child ate the last piece of the dessert on Saturday. He dragged the child by the ankle into a room and beat him, police said, resulting in a broken thigh bone and bruised lungs.