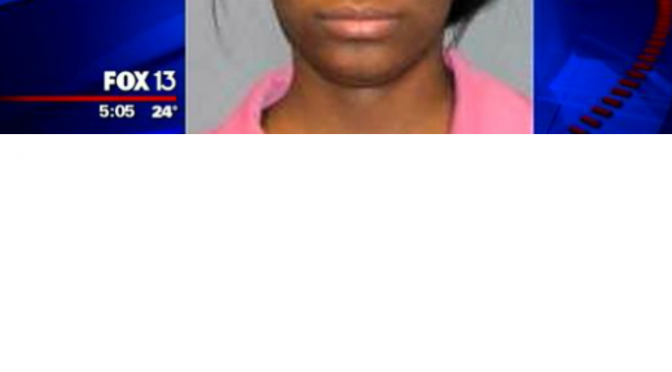 Tomeshia Odom, 19, allegedly stαbbed her 21 year old cousin Jasmine Smith to deαth after an argument on the social media site.

The incident occurred after an argument at an apartment complex.

“They took her onto the hospital, they tried to revive her, but she passed away,” said Lillie Ruth, Smith’s grandmother, according to FOX 13.

“She was just telling my sister to tell her man to keep her name out of his mouth and this and that,” said Tiarra Smith, the victim’s sister.

Another family member says the two women were fighting over a man.

“Tomeshia was like, ‘B—- if you want this — whooping you can come out here and get it.’ Jasmine is the type of person, if you call her out she’ll come to you,” Smith continued.

“Over Facebook, take somebody’s life over? She was just 20 years old,” explained Aunt Ella Lomax. “I feel sorry for the one who did it too. My love goes out to her too, she young her life is gone.”

12 thoughts on “Facebook Fight Between Cousins Ends in Murder”