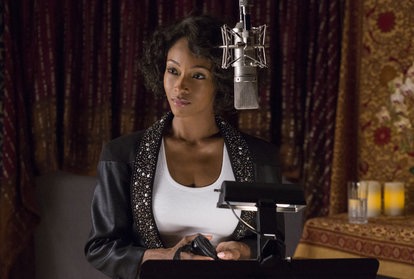 The movie based on the late Whitney Houston’s life directed by Angela Bassett scored 4.5 million in total viewers becoming Lifetime’s most watched movie since their remake of Flowers in the Attic. The film starring Yaya DaCosta as the legendary singer/actress also snagged 2.1 million viewers in the coveted 18-49 demo. 91 percent of the movie’s audience stuck around to watch the special, Bobby Brown: Remembering Whitney, which scored 4.1 million in total viewers with 1.8 million in the 18-49 key demo. The special featured an exclusive interview with Brown, who gave details on his life with Whitney.