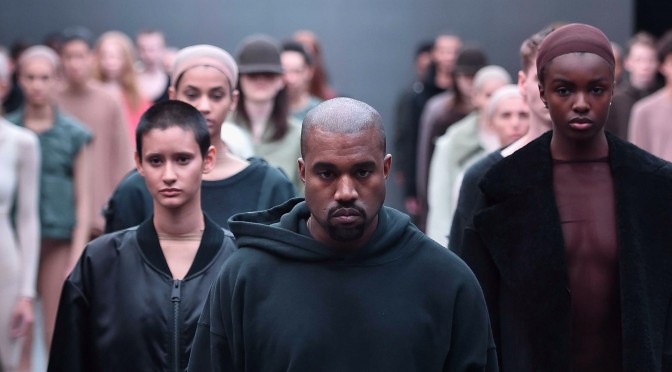 Everyone who is anyone has weighed in on the line.

The Washington Post said, while it was his best effort so far, he ” didn’t dazzle the eye.”

The Daily Beast said “he’s not there just yet.”

An Uber driver called it ” a bit frumpy.”

“I’m kind of over Kanye,” she told the New York Post. “I mean, I’m not a fan of his music, and the attitude and the agenda is not my style.”

In true Kanye style, however, he did not take that criticism in stride

He defended himself, his collection, and his vision on Twitter in a nine-tweet tweetstorm:

He also discussed his hardships and his difficulties entering the design world because he was “too famous.”

He then reminds Mallis that he will persevere through her criticism and he “will win.”