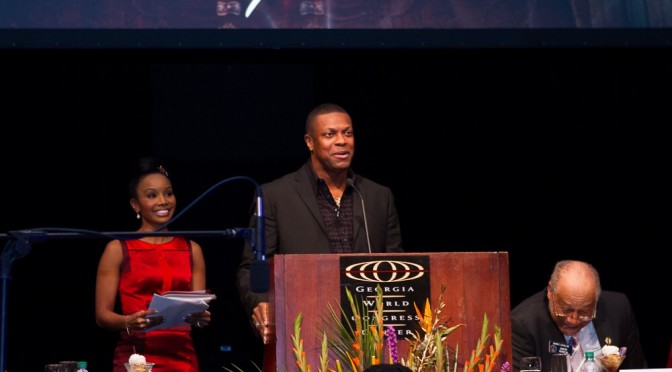 The Annual Georgia Legislative Black Caucus Heritage Dinner was held at the Georgia World Congress Center and was hosted by Chris Tucker and Cynne’ Simpson. I have to say that Chris Tucker is STILL the MAN!! He was a great host and he kept the crowd entertained the entire night.

James Brown, Ray Charles, and Otis Redding were honored at the event while Kenny Leon and Will Packer received the 2015 Heritage Award. Check out some of the photos from the night and special thanks to Diane Larche’ for giving Kingsmen Media Group the V.I.P. media access.