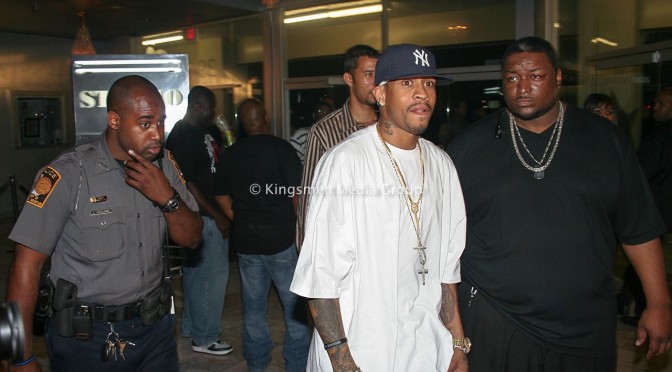 A person with a firm grip on the situation informs me Iverson has an account worth $32 million, a principal he is prohibited from touching until 55. In the meantime, it feeds him $1 million annually.

If at all possible, Iverson will issue a restraining order against himself until he’s 62 or so. At that time, I’m told, his lump sum will be between $1.5 million and $1.8 million, or he can elect to take monthly checks of approximately $14,000 per.

The smart friend realized if Iverson was just free to spend the money he would burn through it so he took some of it and set it up long term for him.

The $32 million is known as the “Reebok fund” among Iverson’s friends, because the money came from shoe deals.