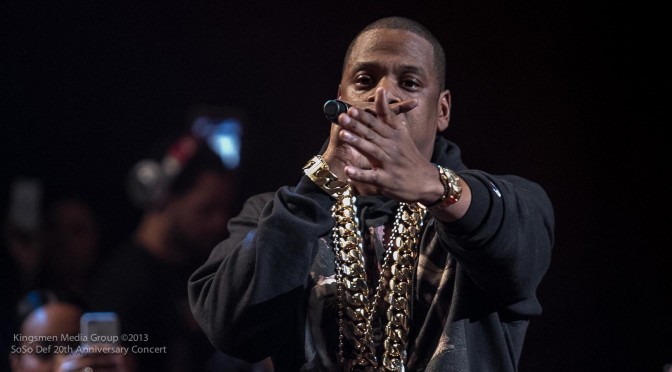 A major question about Tidal has been the exclusive content that they will feature, especially with all of the major artists attached and so heavily involved. On whether or not people will be able to download or purchase said content, Jay revealed he wasn’t sure at this moment. His major reasoning was that downloads are decreasing based on their research and that they think people would rather just stream a song or album rather than download it or purchase.

Maybe the most interesting part of the discussion came with the topic of how labels would interact with Tidal and if they plan to cut any ties at all. Jay said that if an artist has a deal with a label then they of course can’t exclude the company, but he also noted that if an artist’s contract expires, they can work out a deal on their own with Tidal. As an example of this, Jay pointed to himself. “I’m on Tidal. I don’t have a record deal. So… yes.”