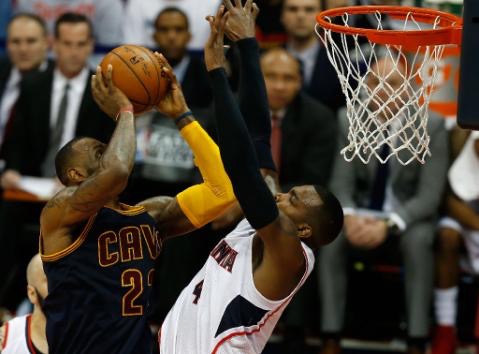 With a berth in the NBA championship finals on the line in the best-of-seven series, J.R. Smith set a Cavaliers club record for three-pointers, draining eight from beyond the arc.
His 28 points accounted for all of the scoring by Cleveland reserves.