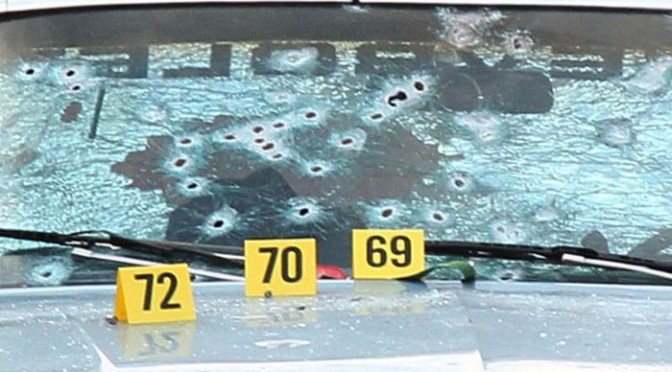 A Cleveland police officer was acquitted today for his role in the 2012 fatal shooting of two unarmed people in a car after officers mistook the sound of the car backfiring as gunshots.
After a four-week trial, a judge found officer Michael Brelo, 31, not guilty of two counts of felony voluntary manslaughter in the deaths of Timothy Russell, 43, and Malissa Williams, 30. Russell and Williams were killed Nov. 29, 2012, after they led 62 police vehicles on a chase across Cleveland.
Prosecutions of officers for the use of deadly force are rare given there have been thousands of fatal police shootings in the past decade. When criminal charges have been pursued, officers have most often been acquitted or cleared, according to a recent analysis by The Washington Post in conjunction with criminologist Philip M. Stinson and researchers at Bowling Green University.

Incleveand officer not guilty in killing of 2 unarmed citizens