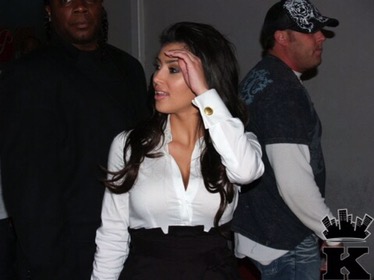 Reality TV star Kim Kardashian West has left France after being held at gunpoint and robbed by men dressed as police officers in her private apartment in Paris, French officials said.

Sources say at least 2 gunmen bound and gagged Kim with handcuffs and tape and then put her in the bathtub. We’re told Kim begged them to spare her life, telling them she had babies at home.

The gunmen knew exactly what they were doing … we’re told they beelined it for her jewelry and took a $4.5 million ring and a jewelry box.
A spokeswoman for Kardashian West said the celebrity was “badly shaken but physically unharmed” following the incident, which took place early Monday m